History about our school.

Our school has been around for a long time! There has been a church school in the parish of Old Sodbury since early in Queen Victoria's reign.  We know that it was founded at some time between October 1839 and January 1840 but have very little information about it before 1865 when the oldest surviving log book was started.  In 1867 a school inspectors report condemned the old building and land was purchased for the building of the present school which we moved into in 1869.

Over the years this building has been enlarged and modified to meet changing needs but it would still be recognisable to our forefathers as many original features such as the lovely sturdy old doors and the fireplace are still to be seen.

The deeds state that the school’s purpose was “ to educate the children of ‘the labouring, manufacturing and other poorer classes’... ‘who shall be Members of the Church of England and who shall be resident in the said Parish of Old Sodbury.’

Pupils paid 2 pence a week for a very basic education until it became free in 1891 and the school's logbooks give an insight into the hardships and pleasures of a rural school dominated by the agricultural timetable.  Children frequently missed school to carry out seasonal farm work or to follow the hunt!

Prior to 1944 most children spend their entire school career at the village school leaving as soon as possible to supplement the family income.  A few, whose families could support them and who showed sufficient promise were able to sit the entrance examination for Chipping Sodbury Grammar School. After the 1944 Education Act, Old Sodbury became a Voluntary Controlled Church of England Primary School.

The 1980's brought concerns about the closure of rural schools but the people of the parish mounted a strong campaign to ensure the survival of their school and now with steady numbers and the excellent support of the community it should continue at the heart of village life for many years to come. 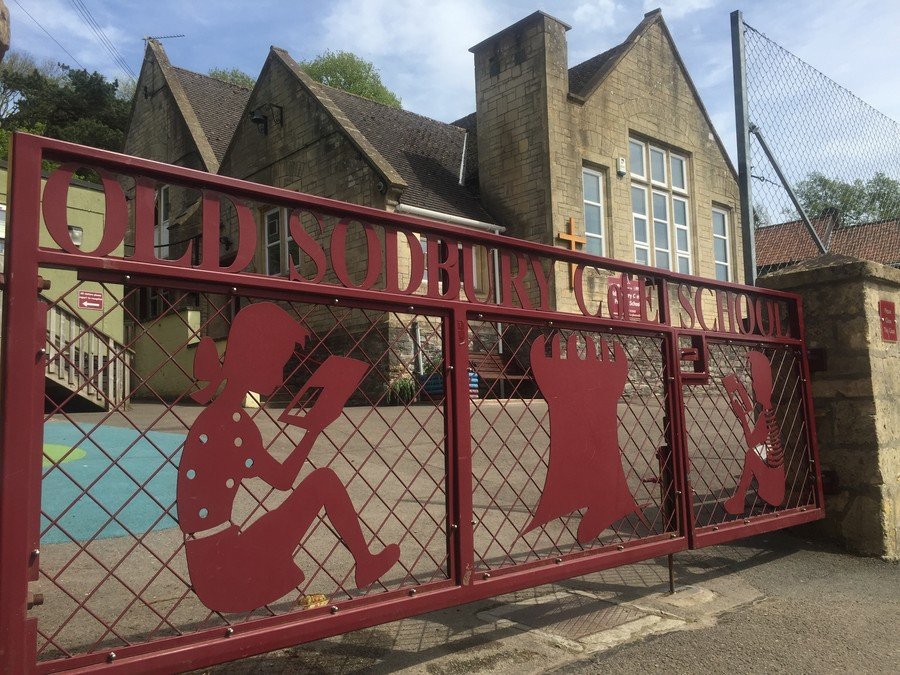